The use of organic materials, such as bone, wood and antler, has been identified throughout various Lower, Middle and Upper Palaeolithic contexts. Through detailed archaeological investigations and experimental approaches it is has been demonstrated that these objects were frequently used to shape and retouch lithic artefacts. New research published in Quaternary International provides the first contextualisation and comparison of this artefact type from Middle Palaeolithic sites across a broad temporal (MIS 8/7-3) and geographic region (SE France; between Massif Central and the Alps). 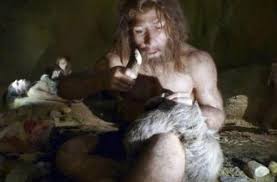 The authors studied c.15 sites in detail. They provide background to the lithic assemblages, noting that most lithic raw material was from local (<5km) or semi local (up to 35km) origin, with only occasional pieces from over 50km away. Next, the paper focuses on the bone retouchers, with an extensive methodology comprising detailed faunal identification, taphonomic and experimental analyses.

Results indicate that in all the studied sites bone retouchers form a small quantity of the overall lithic and faunal assemblages. Most sites illustrate considerable variation in the species used, including red deer, ibex, horse, bovid, rhino and mammoth. Sometimes carnivore remains have been recorded but these are more infrequent (see Scladina Cave) and not recorded in this study. There was often intensive pre-preparation and meat removals on the bone prior to its use as a retoucher. Detailed study of the bone surface marks indicates a complex set of modifications, including hash marks, grooves and retouching striations, mostly orientated perpendicular to the long axis of the bones. Some specimens were heated, which is tentatively suggested as a method to improve the use life of these artefacts. The authors acknowledge this aspect requires further more detailed work.

The study illustrates that the number of bone retouchers is lower at sites with fewer flake tools and handaxes. However, the duration of occupation also influenced the presence and quantity of bone retouchers, with greater numbers from larger, residential camps. Regardless of the species, the element selected for use as a bone retoucher appears more standardised (tibia, metapodia and radio-ulna). Although antlers are commonly present, none of these show use as retouchers, suggesting that Neanderthals avoided using this material. The authors postulate that perhaps antler was used as a more mobile tool form, though, again, this needs further testing and investigation.

Finally, the authors approach the subject of the use/purpose of these tools. Detailed taphonomic analysis suggest a range of uses related to retouching and resharpening, occasionally including the production of semi-Quina retouched objects. The intensive impact and use of these objects suggests a specific, brief tool life fulfilling an immediate need. This study is a very detailed and interesting example of the use of bone tools and its variability within a small region during the Middle Palaeolithic. It highlights the range of capabilities developed by Neanderthals to meet their specific, daily requirements.

One thought on “A (re)touchy subject: Using bone to shape stone during the Middle Palaeolithic”